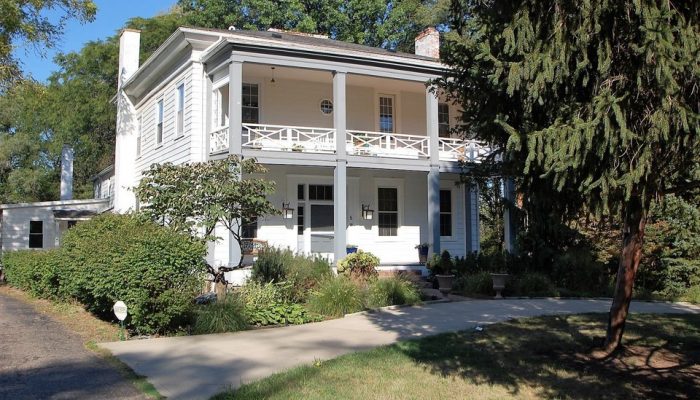 HUDSON, Ohio — If you’ve ever been on a tour of historical homes in Hudson, you’ve seen this 1830s era colonial on Thirty Acres Road.

Originally built for John Clark, a noted abolitionist in the early 19th century in these parts, the home was a stop on the Underground Railroad, a network of safe houses used by slaves looking to escape to freedom.

In the 182 years since it was built, the home has been “fully renovated down to the studs,” says listing agent Elaine Beck with Howard Hanna.

“During the renovation, space was found between ceiling on the first floor and floor of second with small ladders, space used to hide runaway slaves.”

The 5,400 square foot home has five bedrooms and seven-bathrooms. Architectural details that have been preserved include the original plaster moldings, 12-foot ceilings, 9-foot doors, hardwood floors and seven fireplaces.