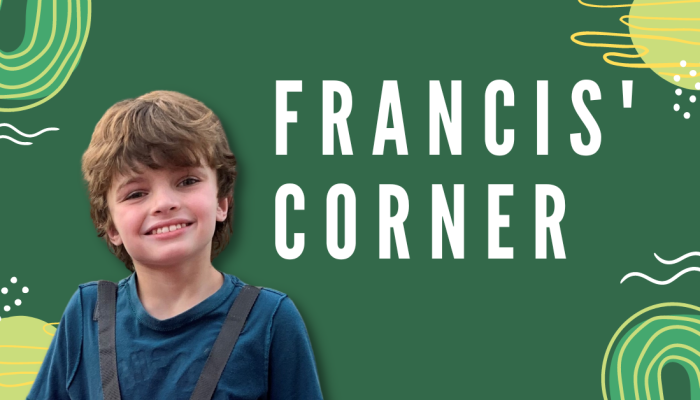 It was a dark and scary Halloween night. Francis, Clare-Marie and Iggy were pooped from all their trick-or-treating fun. Once they decided they had enough candy to last them through Christmas, they agreed to head home. Francis suggested they take a short cut through the cemetery. Clare-Marie and Iggy did not like the idea much but decided it would be best to stick together. Once in the cemetery, they heard a scratching noise, and were immediately frightened. They said to Francis, “Why did you make us go this way.” Francis exclaimed, “Quick! Hide behind a gravestone.” Once there, Francis said, “on the count of three, we should make a run for it!” Clare-Marie and Iggy begged Francis to return the way they came but he insisted they overcome their fears and make it through the cemetery. Crouching together, Francis whispered, “1, 2, 3, run!” They ran out from behind the gravestone ,passing several other monuments, creepy bushes, and large trees, all the way to the end of the cemetery. Only one tree was left, and it was the scariest tree of all. Terrified and shaking, all three kids were just about to make it out when a large, oversized orange cat jumped out from behind the tree. Purring, scratching the tree and begging for his own Halloween treats, it was their cat, Little Thunder! Thankfully, Little Thunder leads them home.

One thought on “Francis’ Corner: A Spooky Tale”