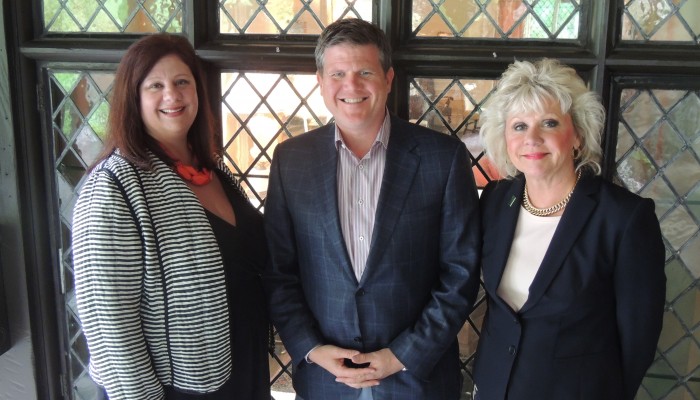 Gibbons is a graduate of both the Cleveland-Marshall College of Law at Cleveland State University and Baldwin-Wallace University. In 1993, she began her career in real estate and she has worked in many different capacities throughout the company, including Director of Corporate Advertising, Associate Manager of both the Solon and Rocky River offices as well as Director of Manager Support. Previously, Gibbons managed both the Brecksville and Bay Village Offices for two and four years respectively.

A long-time member of the Bay Village PTA, Gibbons is very active in her community. She has also received various professional awards including the Jewell M. Walther award while she was working for the Smythe Cramer real estate company.

“I’m excited to have the opportunity to expand my leadership role within Howard Hanna,” said Gibbons. “I look forward to continuing the tradition of sales excellence the East Region sales offices have long established in the marketplace.”

President Howard W. “Hoby” Hanna, IV is looking forward to having Gibbons as the new East Regional Manager. “Leah has always been an admired leader in our sales organization, making her a natural choice to replace Kristine Burdick, East Regional Vice President, who was named Executive Vice President and General Manager of Ohio in May. I’m proud of everything she’s accomplished as the Brecksville manager and look forward to everything she’ll achieve in her new role with Howard Hanna.”

The East Region is made up of 10 offices and over 475 sales associates. In 2015, the region had closed residential sales volume of $1.45 billion in 2015 had listing volume of $1.2 billion. Nationally, Howard Hanna ranks as the 4th largest real estate broker according to RealTrends Magazine, and locally it has dominant market share in the East Region.

Additionally, the combined 2015 performance of the Howard Hanna companies resulted in closed sales of over $12 billion and 66,714 transaction sides. Under the leadership of managers such as Leah Gibbons, both the company and the East Region are poised to have another record-breaking year in 2016.

Howard Hanna Real Estate Services is the top real estate company in Pennsylvania and Ohio, and ranks nationally as one of the four largest real estate companies. The family-owned and operated real estate company specializes in residential and commercial brokerage service, mortgages, closing and title insurance, land development, appraisal services, insurance services, corporate relocation and property management. With 205 offices across PA, OH, VA, MI, NY, WV, NC and MD our more than 7,000 sales associates and staff are guided by a spirit of integrity in all aspects of the real estate process.