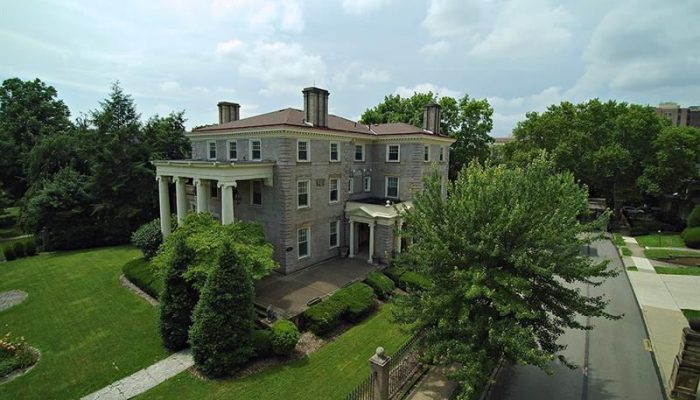 A Howard Hanna Homes of Distinction listing, the Beatty mansion, was recently featured on TribLIVE. The mansion, which is listed by Howard Hanna agent Roslyn Neiman for $2.45 million, is located in the Shadyside neighborhood of Pittsburgh. The home is known for having hosted several U.S. presidents, including William Taft and Calvin Coolidge. According to the article,

Information provided by Howard Hanna reference[s] prior visits by seven U.S. presidents, including William Taft and Calvin Coolidge, and even royalty, such as Princess Grace of Monaco. Celebrity guests include aviator Charles Lindbergh and legendary film actress Mary Pickford, according to a 1958 article by the Pittsburgh Sun-Telegraph. Some parties thrown at the house exceeded 1,000 guests, the article said.

Completed in 1900 for Pittsburgh steel and coal baron William Penn Snyder and later purchased by Pittsburgh mayor and Babcock Lumber Co. owner Edward Vose Babcock, the five bedroom residence was designed by architect George S. Orth and is an example of Classic Greek Revival style, according to the Sun-Telegraph.

Locals dubbed it the “Babcock Mansion” until interior decorator Herbert Beatty purchased the 22-room mansion in 1975, saving it from demolition.

The turn-of-the-century Greek Revival home showcases 1900s craftsmanship and architectural details but also boasts up-to-date amenities, such as a gourmet kitchen, a butler’s pantry, and an overhaul of all mechanical systems. View the listing for 5135 Ellsworth Avenue.

0 thoughts on “Beatty Mansion, A Homes of Distinction Listing, Featured on TribLIVE”