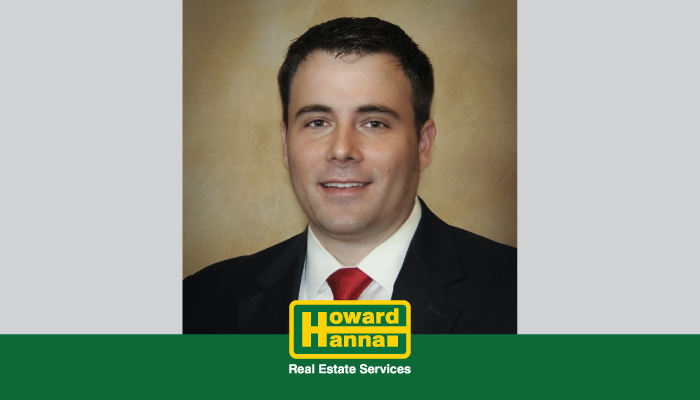 Ivill is a multi-million-dollar producer with an extensive background in real estate. His excellence in sales has earned him numerous awards at the company, including the Listing Leader and Rising Star awards, along with being named to the Howard Hanna Champions Club numerous times. He is also co-chair of the Collier Office’s annual fundraiser for the Howard Hanna Children’s Free Care Fund, helping to raise millions of dollars for lifesaving care for children. Ivill currently serves on the board of the REALTORS® Association of Metropolitan Pittsburgh, where he is also on the Young Professionals Network Committee.

Bill Russo, Vice President and Southwest Regional Manager, said, “We are extremely excited to have Matthew Ivill join the Howard Hanna Southwest Pennsylvania management team. As an associate broker and successful Howard Hanna agent, I am confident Matthew will provide strong leadership and real estate experience to lead and grow the Collier office.”

“I am thrilled to help an already-strong office continue to grow in the Collier area. We have an amazing team of agents already, and I look forward to supporting their future success,” added Ivill.

Outside of work, Ivill enjoys golfing and spending time with his family. He also enjoys exploring Pittsburgh’s many amenities, and is especially fond of Pittsburgh’s Strip District neighborhood.

Howard Hanna Collier services South Fayette, Nevillewood, Scott, Green Tree, North Fayette, Carnegie, Bridgeville, Crafton, and other areas near Collier. To buy or sell a home in Collier, or to join the Howard Hanna team, contact Matt Ivill at 412-276-5000 or email him at MatthewIvill@HowardHanna.com.

About Howard Hanna: Howard Hanna Real Estate Services is the #1 family-owned and -operated independent broker in the U.S.A. The full-service real estate company has 325 real estate, mortgage, insurance, title and escrow service offices across 10 states, including Allen Tate Realtors in the Carolinas, with more than 11,000 sales associates and staff, including many of the industry’s top-producing real estate agents. For more information, visit www.HowardHanna.com.