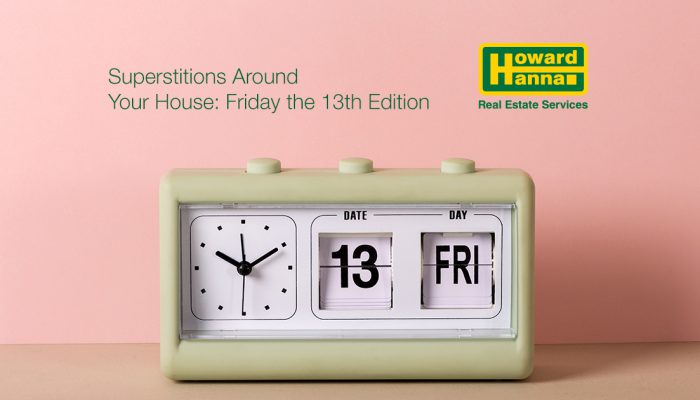 What’s a home without a little fun? Whether you believe superstitions to be hard facts or hokey hooey – you must admit that our houses can be filled with the potential pitfalls of these beliefs. So where in the house do these occur and why do we believe them?

We’ve all been told that breaking a mirror brings seven years of bad luck…but have you ever wondered why? Turns out there are a multitude of reasons and who’s to say which one is right…but here are a few to tickle your fancy. The origin has been chalked up to:

Regardless of the origin story, if the superstition makes us all a little more careful around mirrors…so be it!

Similarly, the tale of bad luck befalling anyone who walked beneath a ladder seems to have a mixed history. Here are a few of the tales:

Once again, who knows where it came from – but one thing is sure – ladder safety in the home is a must!

Friendly feline or ferocious foe? That black cat stalking around your neighborhood could bring smiles to many and chills to a few. Three superstitions reign supreme when it comes to this fuzzy omen:

One superstition that this author falls prey to every time is the omen that spilling salt will bring a person bad luck. Origins of this one have been evident throughout history:

Have no fear, though! Another part of this superstition is the remedy to bad luck headed your way. Simply throw salt with your right hand over your left shoulder to keep the bad luck off your back and behind you…but don’t forget to vacuum shortly after!

Are you looking for a new house to fill with your own origin story? Howard Hanna is always up to helping our buyers and sellers to write their next chapter – search for an agent or office today!