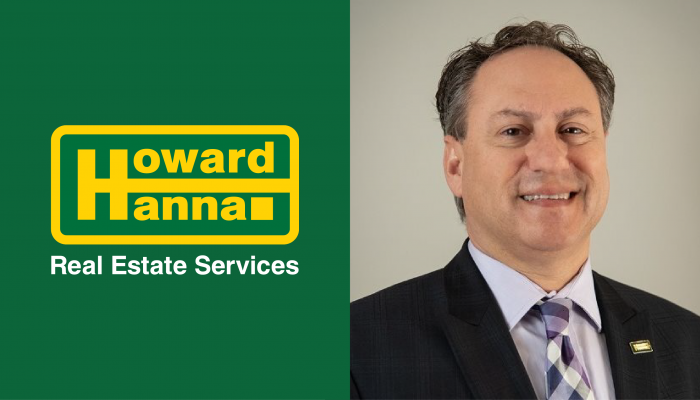 In his new role, Angelucci will work with his management team to increase the growth and profitability of Howard Hanna offices serving western Allegheny County and extending north through Beaver County, Lawrence County, and Mercer County to Erie County.

“Sam has been a leader in the organization from day one,” said Howard W. “Hoby” Hanna, IV, President of Howard Hanna Real Estate Services. “As an agent, then manager, he has grown his opportunities. Sam will take his region to great heights!”

Angelucci brings over 20 years of experience in the real estate industry to his new role. He joined Howard Hanna as a sales associate in the New Castle office, and in 2005 began his management career in the Grove City office. He became manager of the New Castle office in 2008 and has managed both offices since November 2019. Under his leadership, the New Castle office has been a consistent listing leader among the company’s Pennsylvania offices, leading in listings and market share in Lawrence County.

“I’ve learned so much from management and my peers that I am thrilled for this next chapter,” said Angelucci. “It’s a fabulous management team in the Northwest. I’m looking forward to their continued successes and growing together with Howard Hanna, the largest family-owned, independent real estate company.”

As a native of the New Castle/Ellwood City area, Angelucci is committed to family, friends, and the wider community. As manager, he led the New Castle office to rank consistently among the top five fundraising offices in the annual campaign for the Howard Hanna Children’s Free Care Fund.

About Howard Hanna: Howard Hanna Real Estate Services is the #1 family-owned and -operated independent broker in the U.S.A. The full-service real estate company has more than 350 real estate, mortgage, insurance, title and escrow service offices across 11 states, including Allen Tate Realtors in the Carolinas, with more than 12,000 sales associates and staff, including many of the industry’s top-producing real estate agents. For more information, visit www.HowardHanna.com.