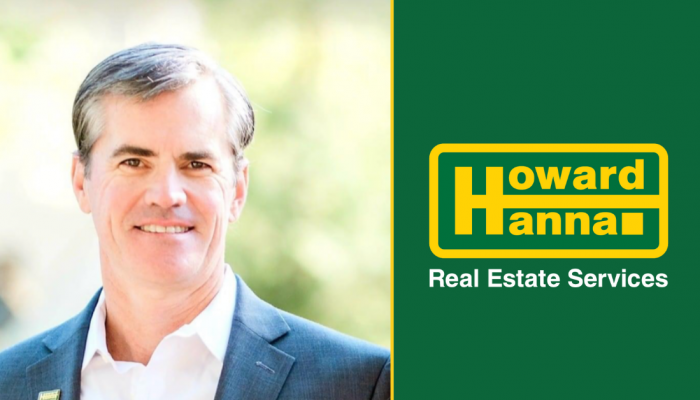 VIRGINIA BEACH, VA (August 23, 2021) – Howard Hanna Real Estate Services is proud to announce the development of a new region within their Southeast market. This region, to be known as the Central Atlantic, will serve the communities surrounding their offices in Newport News, Smithfield, Williamsburg, Charlottesville, Troy, Crozet, and Greene County, Virginia. To lead the new region, Howard Hanna is also pleased to announce the appointment of Mike Grogan as the Regional Vice President for the Central Atlantic Region.

Through organic growth and strategic partnerships, including the March 2021 acquisition of Roy Wheeler Realty, Howard Hanna continues to grow and evolve as they expand their full-service real estate offerings into new areas. The creation of the Central Atlantic Region positions Howard Hanna to tap into new markets throughout the Commonwealth.

Grogan, Vice President of the newly formed Central Atlantic Region, began his career in real estate in 1998 and became an Associate Broker in 2002. After moving into a management position in 2015, Grogan led the Williamsburg office to great success, overseeing a 75% growth in production and $1.5 billion in sales. Grogan has held numerous industry leadership positions, including being elected to the Board of Directors for the Williamsburg Area Association of Realtors.

“It’s great to see Mike’s growth as a leader through the years,” said Howard W. “Hoby” Hanna, IV, President of Howard Hanna Real Estate Services. “Now he will be able to bring his real estate knowledge and leadership skills to help more agents, employees, and customers fulfill the mission at Howard Hanna.”

Grogan will be charged with building strategic relationships to marshal organic and external growth throughout the Central Atlantic Region.

“We are committed to providing every bit of knowledge and support imaginable to not only our clients, but also our agents,” said Grogan. “Howard Hanna’s consistent growth in Virginia has been more than impressive, and I look forward to being a part of it as we move forward.”

About Howard Hanna: Howard Hanna Real Estate Services is the #1 family-owned and -operated independent broker in the U.S.A. The full-service real estate company has more than 400 real estate, mortgage, insurance, title, and escrow service offices across 11 states, including Allen Tate Realtors® in the Carolinas and The F.C. Tucker Company in Indiana, with more than 13,000 sales associates and staff, including many of the industry’s top-producing real estate agents. For more information, visit www.HowardHanna.com.